T he Château de Môtiers, originally named Vauxtravers, overlooks the village of Môtiers and indeed the entire Val-de-Travers, at the heart of Switzerland.

Built in the early 14th century by Rodolphe IV, Count of Neuchâtel, it was successively occupied down through the centuries by the lords of the valley. In 1835, the State sold it to Henri-François Dubois-Bovet, and the descendants of the Bovet family in turn donated it to the Canton of Neuchâtel in 1957. 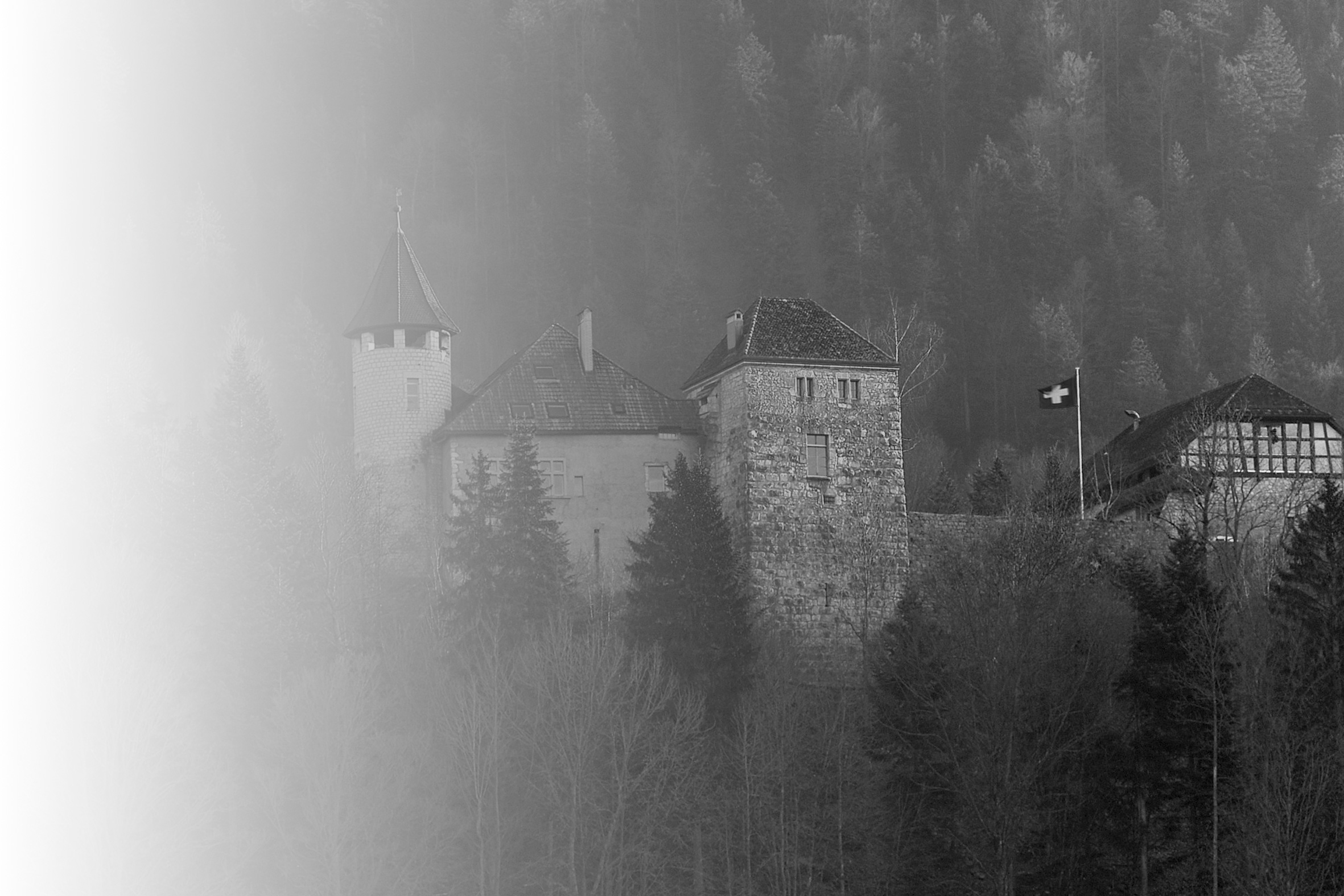 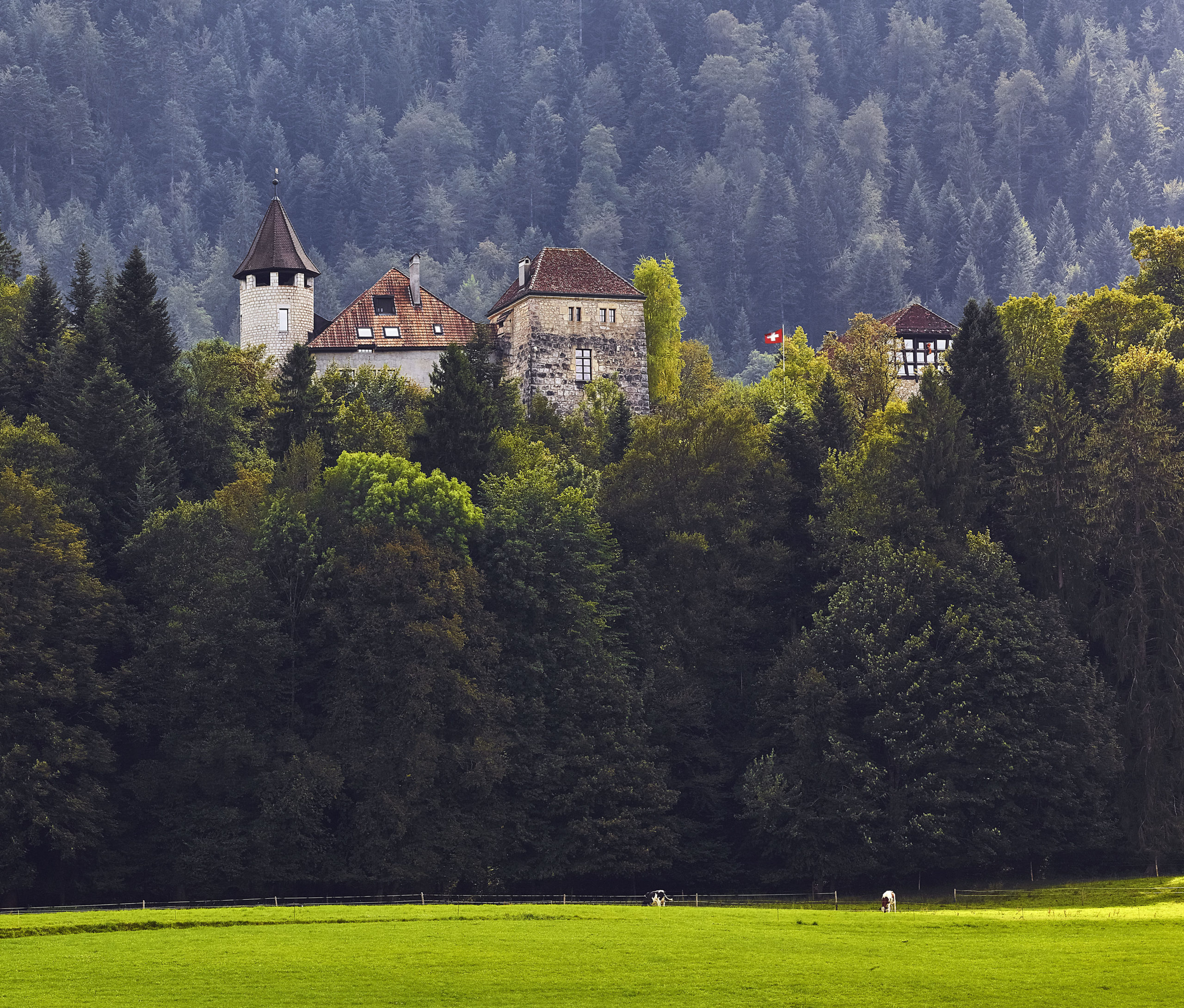 A monument to history

T he 5,800 square-metre Château de Môtiers is a listed historical monument affording exceptional views over the landscapes of the Val-de-Travers, including BOVET’s birthplace in the village of Fleurier.

In 2006, the Neuchâtel state authorities were looking to sell this castle of which the upkeep was proving too expensive. Mr. Pascal Raffy was the only potential buyer in a position to ensure the long-term preservation of this unique heritage site so fondly cherished by the people of the Canton.

He was thus able to acquire the Château de Môtiers, and in doing so to fulfil his dream of offering BOVET the opportunity of returning to its birthplace. An idyllic setting, it is no mere coincidence that Fleurier and the Val-de-Travers experienced the early 19th century boom in watchmaking activity that was to ensure the region’s prosperity for almost two centuries. 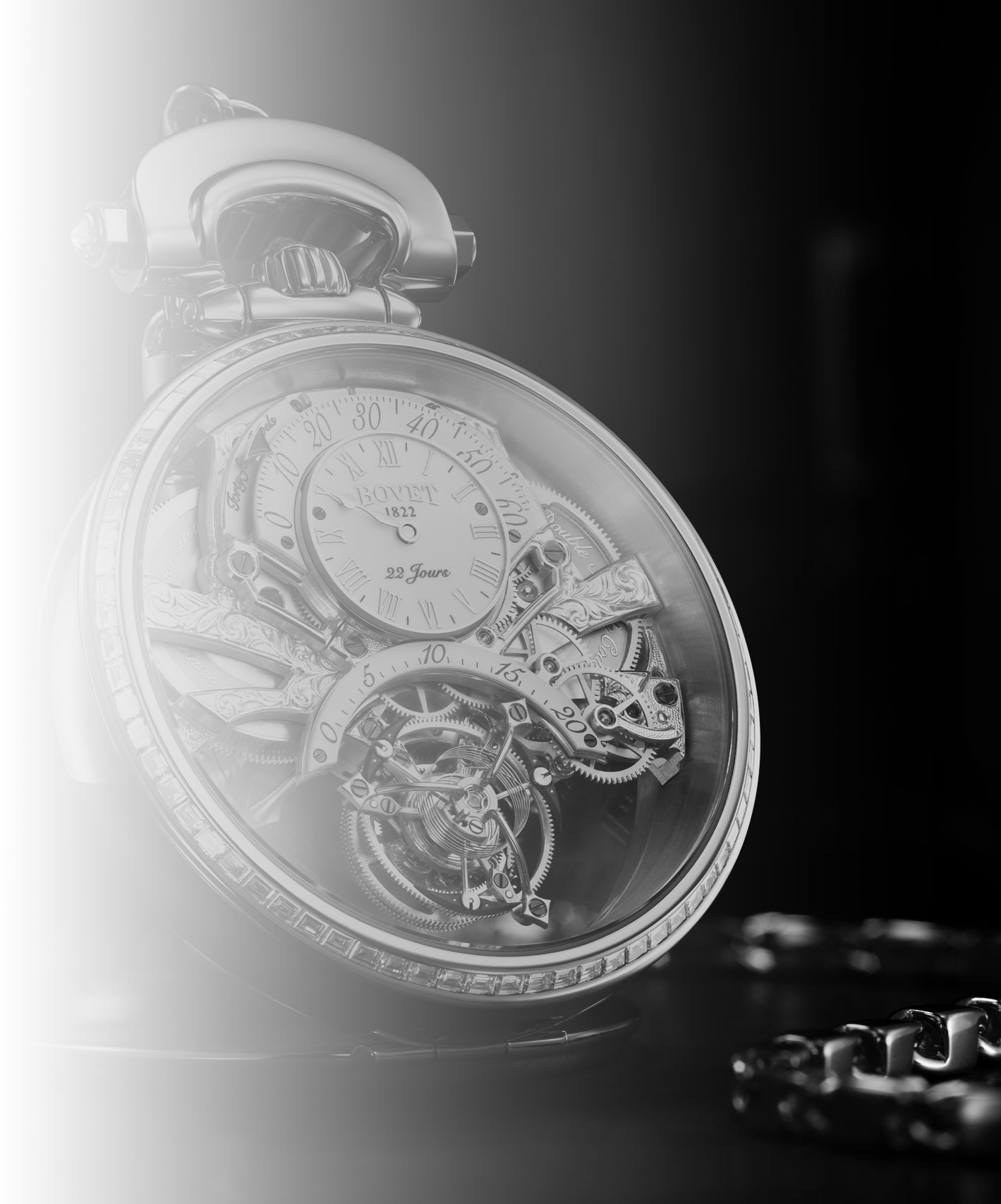 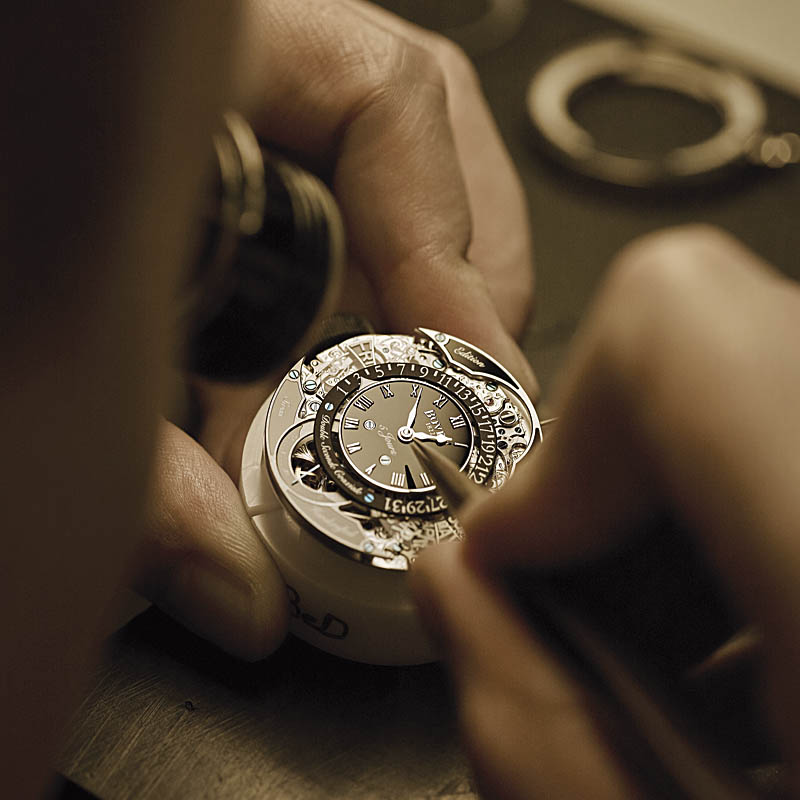 The distinctively sunny, luminous aspect of these Neuchâtel valleys; the serenity bestowed on them by their natural surroundings ; as well as the experience that the local population (known as Vallonniers or Valtraversins) had already developed in micromechanics with the production of machines intended for lacemaking, all represented ideal conditions for the birth of Haute Horlogerie.

This was motivation enough for Pascal Raffy to decide that he would set up BOVET’s watchmaking and engraving workshops in the Château de Môtiers, thereby helping to give the local watch industry the new lease on life that the region had been eagerly awaiting for 30 years. 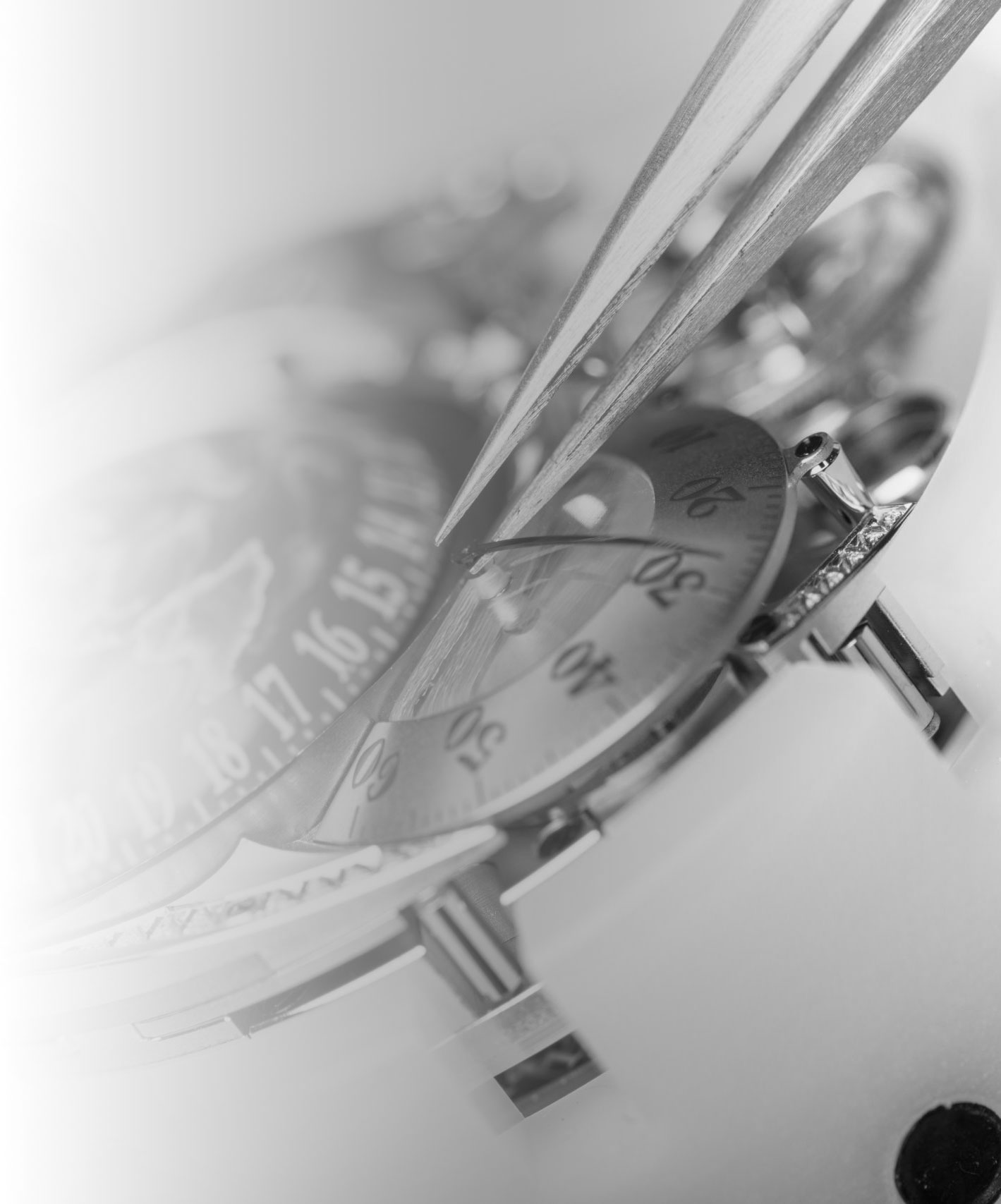 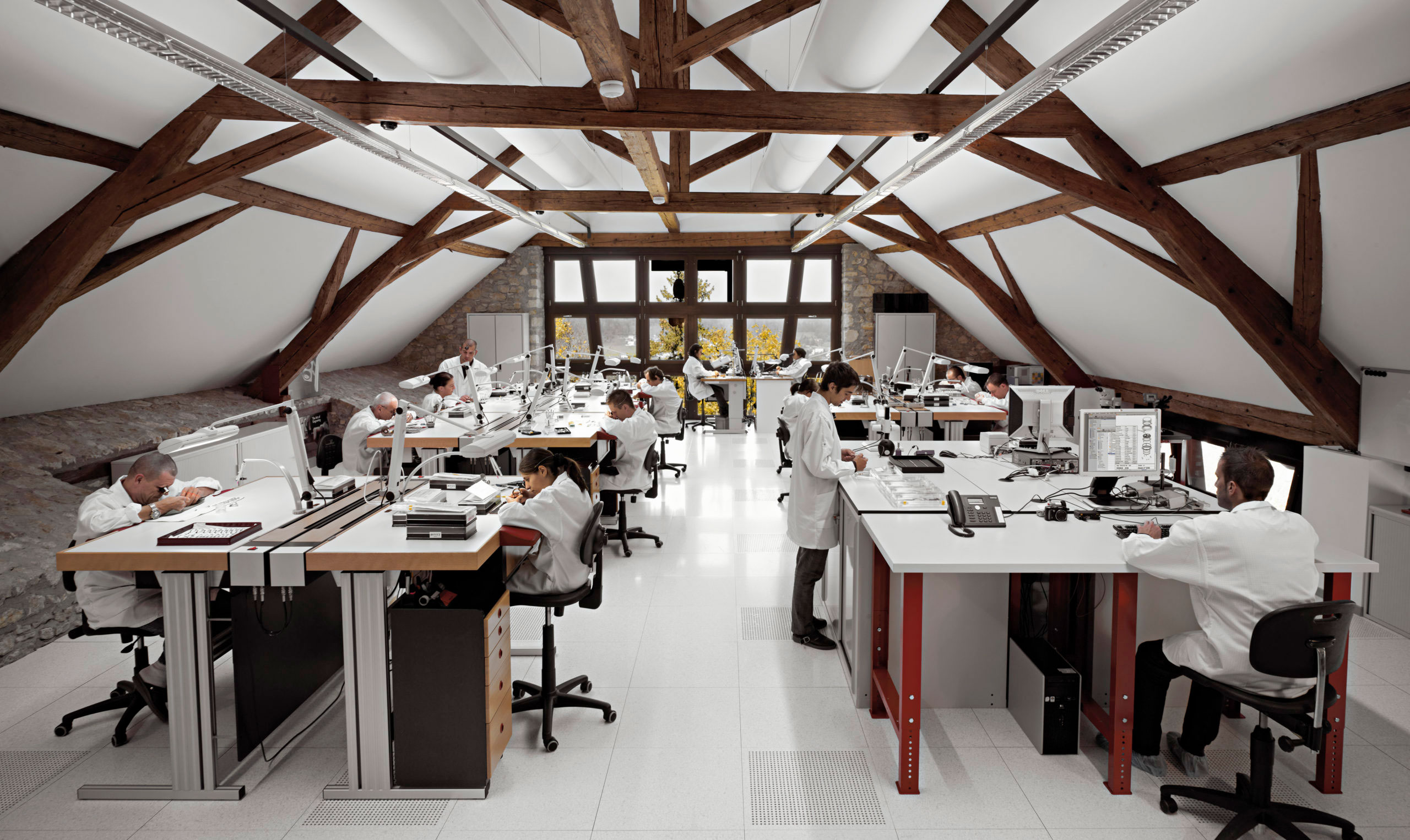 Aquired by Pascal Raffy in 2006, the Manufacture DIMIER 1738 currently employs 73 people exercising 41 different professions. This diversity enables DIMIER 1738 to unite under one roof the entire range of skills required for the various stages of developing and producing Haute Horlogerie movements, including the rarest and most demanding in terms of expertise.

As the realm of confidential series and one-of-a-kind creations, the Manufacture is rigorously structured and organised so as to optimise the work of the artisans, as well as the logistic flow, both of which require even more sensitive handling. The quantity of the movements and the watches manufactured are deliberately controlled so as to guarantee higher quality criteria. 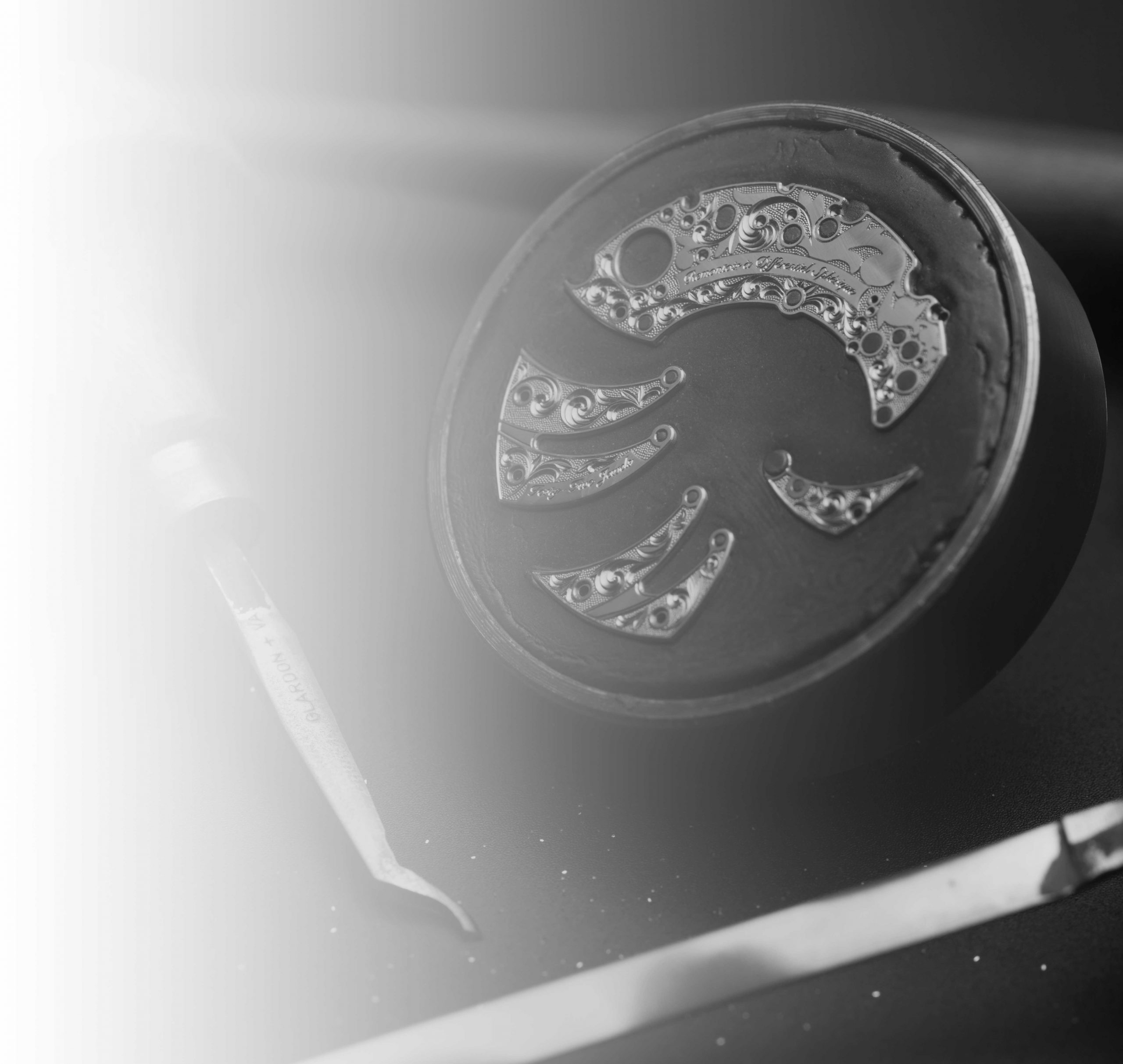 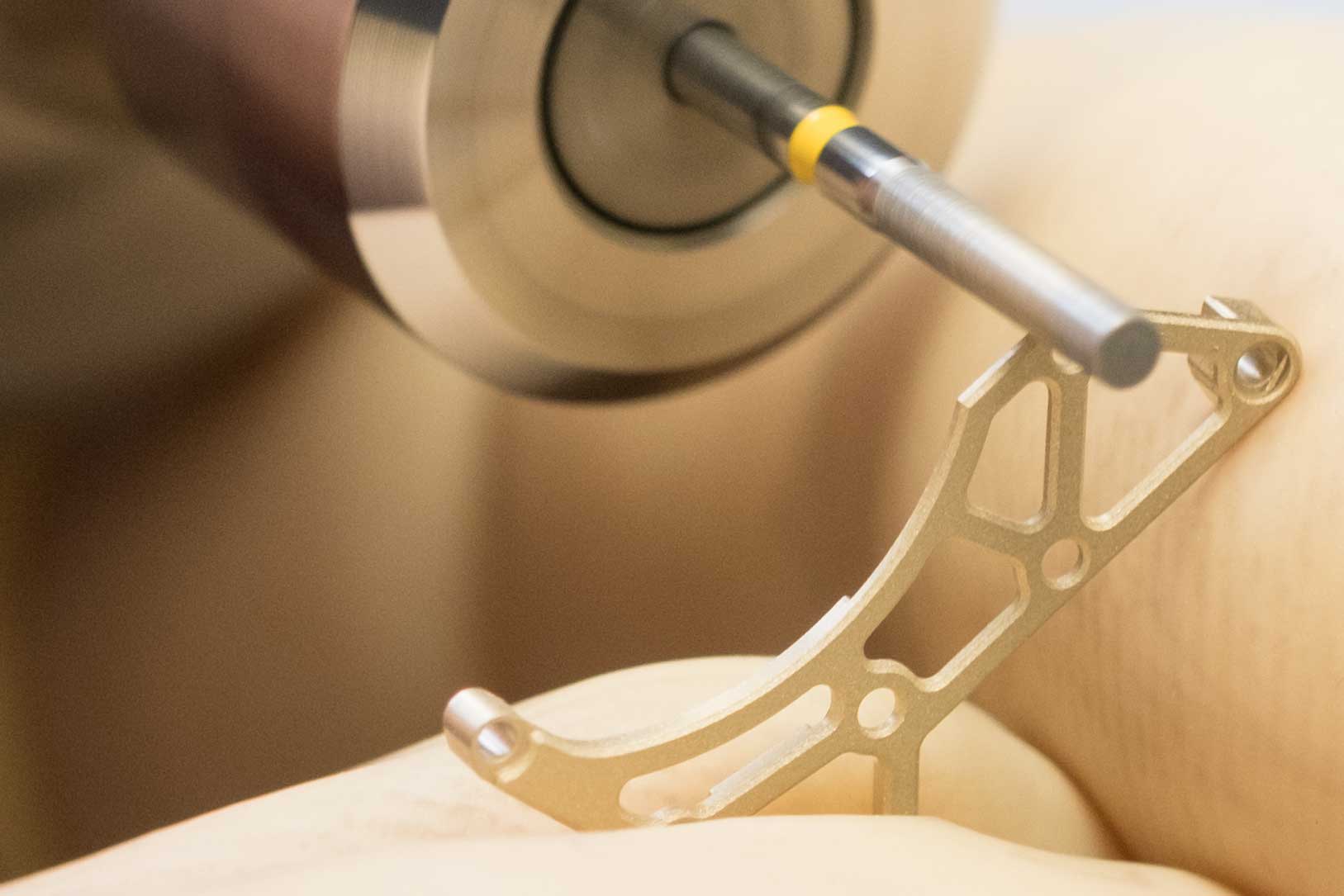 The quality control department, composed of experienced watchmakers, intervenes right from the start of each endeavour. From the first discussions regarding a new project right the way through to after-sales service, it acts as an authentic interface between the collector, the technical department and all those engaged in production.

Positioned both upstream and downstream of all stages in the creation of a watch, this “starshaped” operational network structure guarantees the immediate integration of solutions to potential problems arising when launching production, as well as of the improvements suggested by the experience of all involved – with the ultimate aim of effectively and rapidly meeting the established specifications. 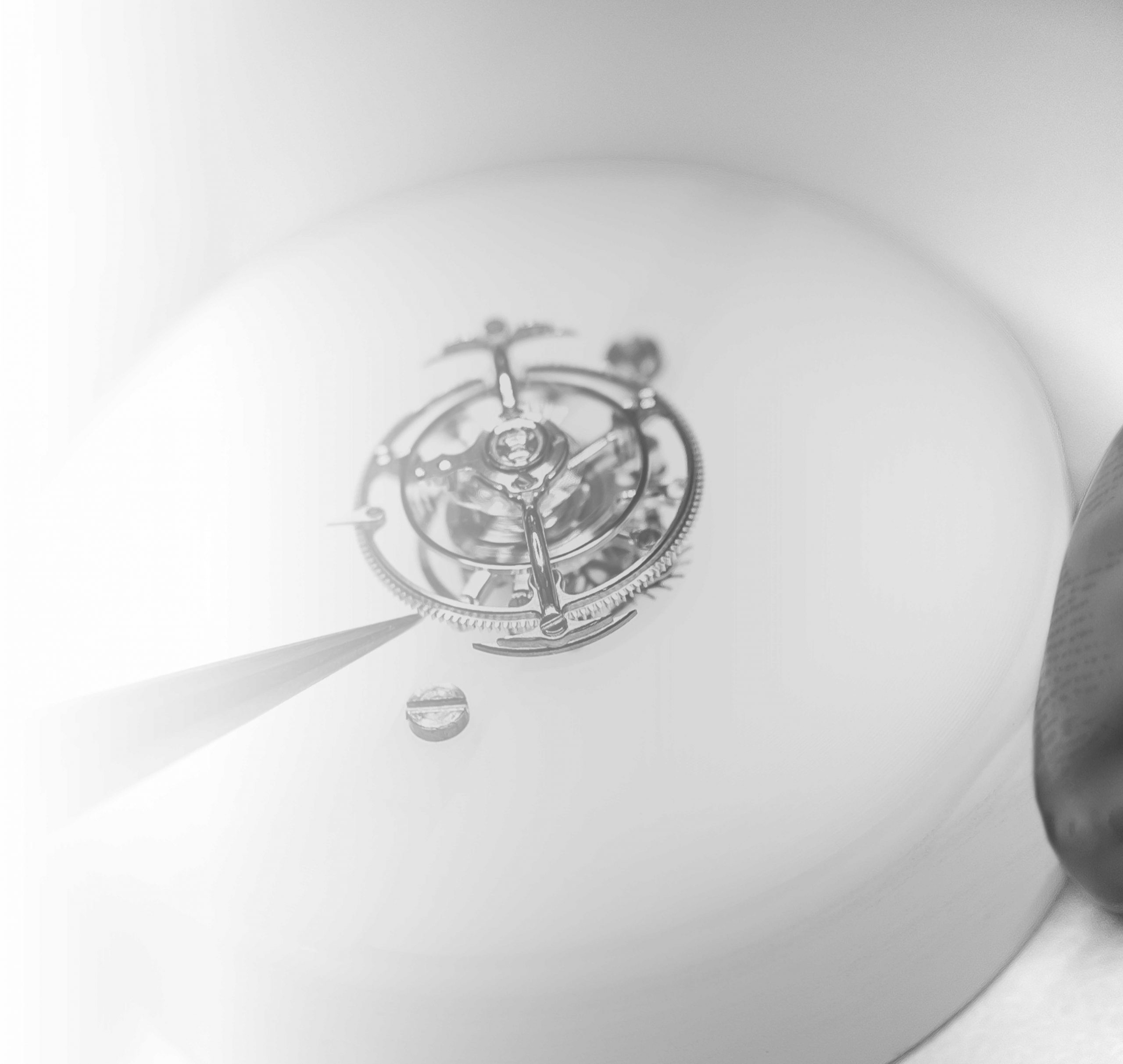 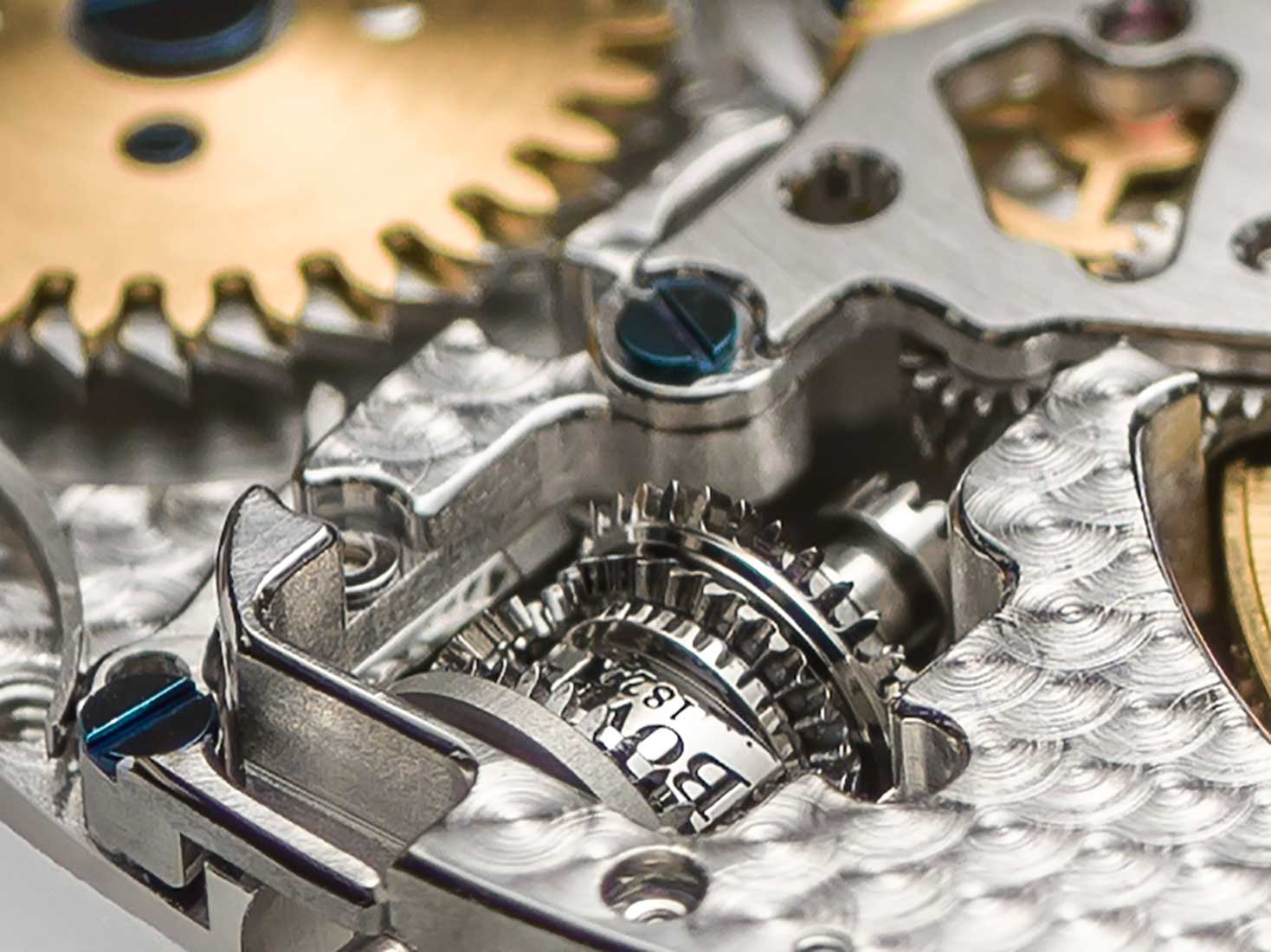 The technical department is responsible for developing and supervising the design and the making of each calibre and of each timepiece. Constructors and watchmakers specialising in the study and development of dials and watch exterior elements share open-plan office space with their counterparts in charge of movements and of Grandes Complications models.

This physical proximity of their activities and their shared development ensure the overall consistency of the unit formed by the exterior and the motor or movement right from the start of the development of a watch.

The generous size of this department serves to avoid the bottlenecks often encountered at this stage of product development. It also enables the constructors to cross-check their respective work, thereby guaranteeing the quality and the smooth flow of production. 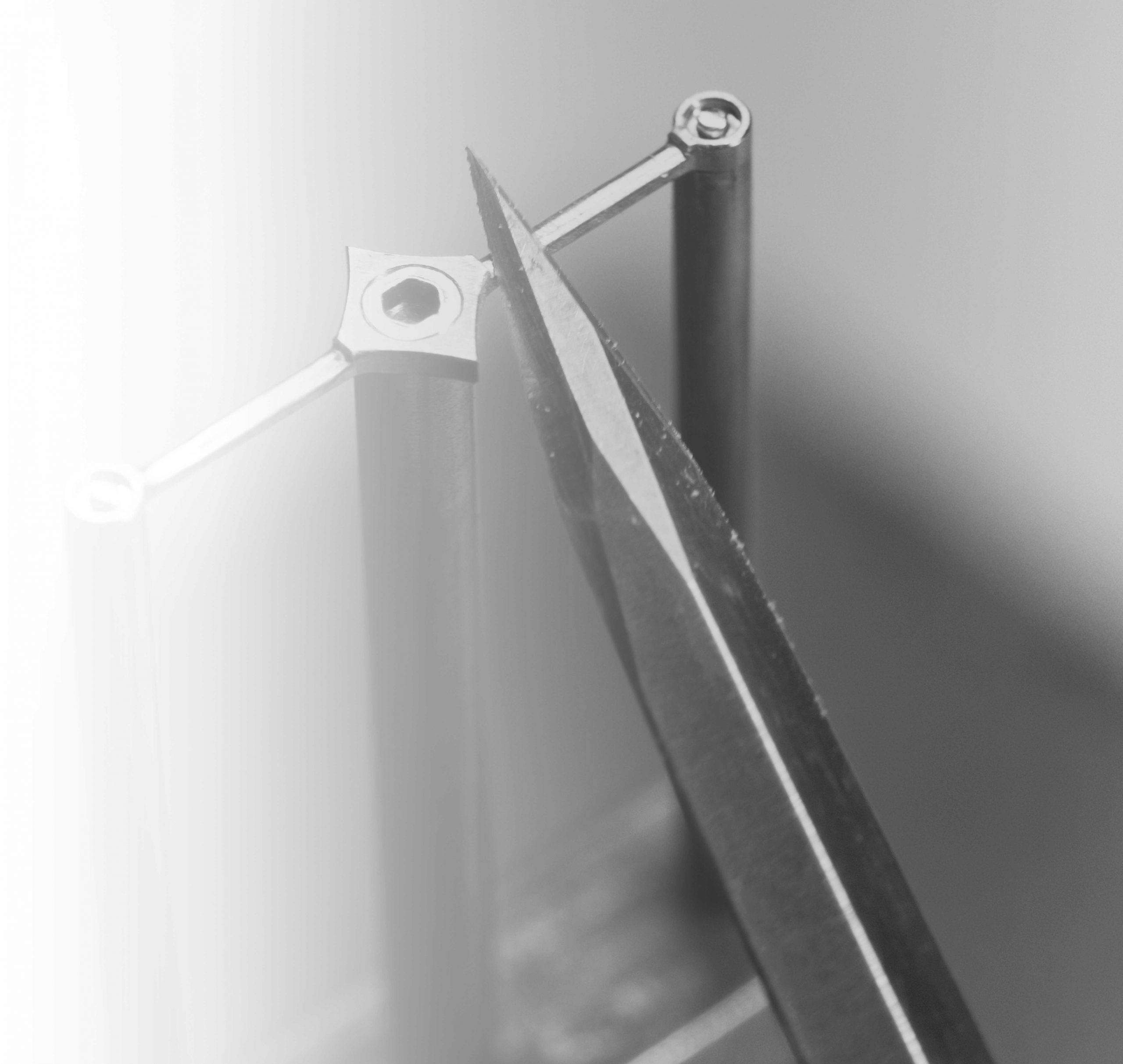 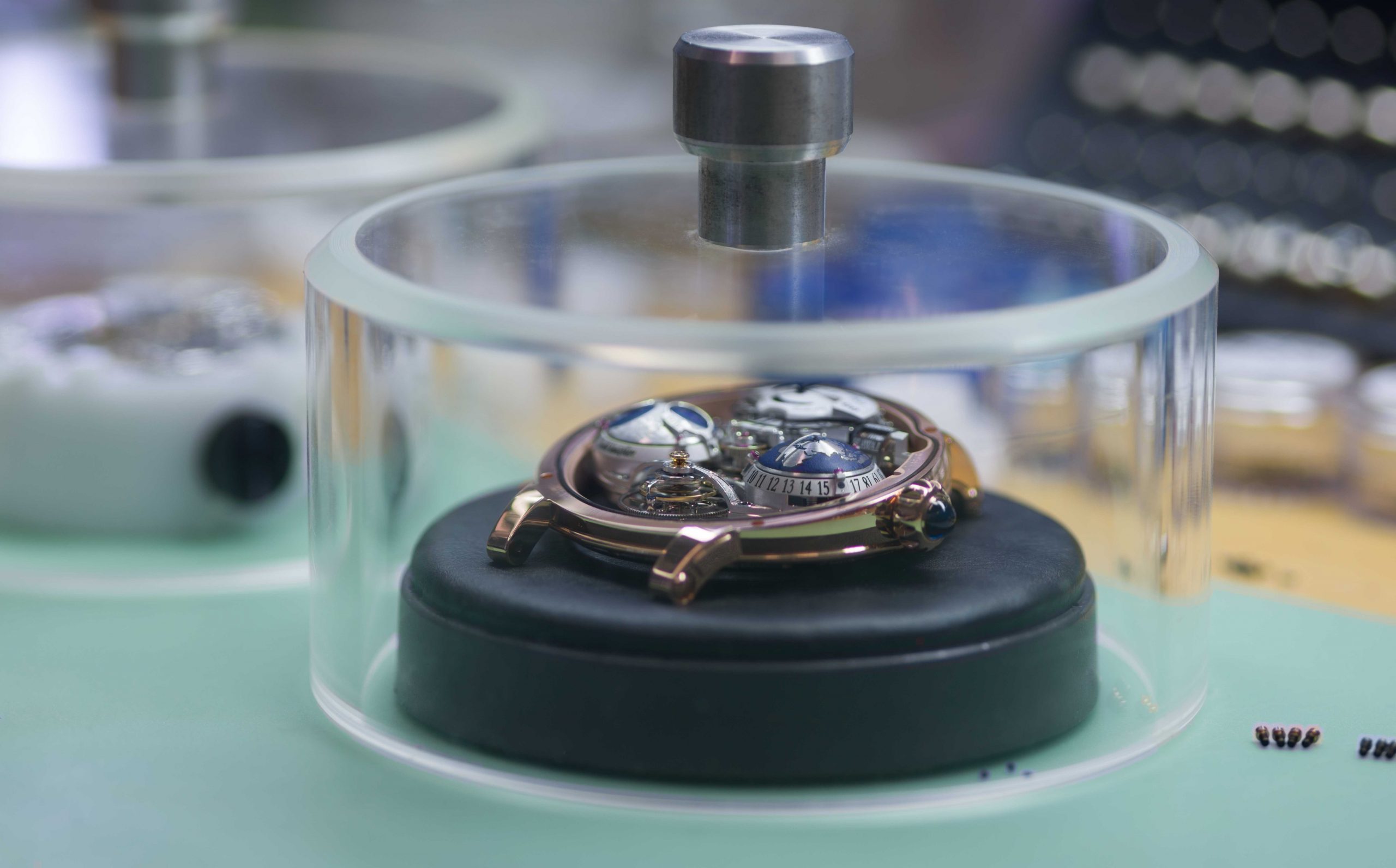